This post is by contributor Ben King, an Iraq War veteran who returned home in 2007. With his blog Armor Down, Ben began documenting his journey to finding relief from stress and physical discomfort through mindfulness and yoga. From armoring up his mind and body for war in the army to finding ways to armor down, to calm his mind and realign his body for a civilian lifestyle. We’re grateful to share his perspective and personal experience with the yogadork community through one of his weekly posts, this one about yoga class at Walter Reed, suffering and surrender.

A Flashlight for the Valley of the Shadow of Death

Before every mission I would kneel next to drivers side tire of my Humvee and pray.

“Yea, though I walk through the valley of the shadow of death I shall fear no evil. For thou art with me, Thy rod and thy staff they comfort me” Palm 23:4.

I make this claim based on Genesis 1:27.

To me this makes sense. I believe God has an infinite number of Expressions.

Anyway, each time I’d go out into the valley I’d give up my soul to God. If it was my time to go then so be it.

My point is that I would let go. I would surrender.

The doubt, worry and fear back home consumed me and kicked my butt for years.

I’m on the other side of that right now because I’ve accepted the fact that God didn’t just make me in the image and likeness of divinity, he also endowed me with some of His traits like love, courage, and compassion to guide me through difficult times. 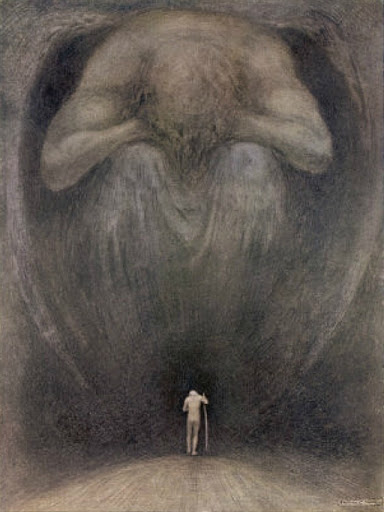 Yesterday after wounded warrior yoga class at Walter Reed I talked with a soldier who was in Iraq the same time I was. This soldier got smashed by an IED too and their path since then has been a rough one.

“I had a career, a mission, a path, now I have nothing, but surgeries and pain.”

It being a Yoga class I didn’t quote this soldier scripture. Instead I chanted a yogic sutra: book II:1

“Accepting pain as help for purification, study of spiritual books and surrender to the supreme being constitute yoga in practice.”

I didn’t go into detail, but I did ask this soldier if they wanted to chat more.

You see I don’t think that this soldier is totally screwed because of the 17 surgeries and maybe losing the way. I Think they Think. Sorry for being cryptic, but if we hold the Divine scriptures to be true and we surrender to them then all that is in our way is thought.

Now, one of the things Yoga has done for me is give me an outlet to channel those thoughts into thoughts worth having.

Had I not suffered so much in the past would I be able to talk on a level that this suffering soldier would or could resonate with? I don’t think so.

For me, this Yoga Sutra takes what the Bible says one step further by creating a practical way to think about pain.

This notion doesn’t eliminate the pain, but it does create a way to think about it.

I’ll tell you this, if Smoke Martez hadn’t given me that advice in the chow hall I don’t think I could have walked that valley so often.

This post was guided by the 51st stanza of the Art of Peace, a book written by Morihei Ueshiba
Armor Down has a website. Check it out.

Next post: Blind Yoga Teacher Leads Yoga in the Dark