It’s true what the say! Yogis are alchemists and Kate Moss has turned herself into yoga gold!

OK not true. But Kate Moss is forever captured in a 22lb, 18 karat gold yogicly-posed statue  – “Microcosmos (Siren)” – that just sold at a Sotheby’s auction for close to a million bones to some chump obviously well-off Kate Moss and/or golden dwi pada sirsasana statue fanatic. We can just imagine all the other stoney fashionasanas he must have in his mansion! 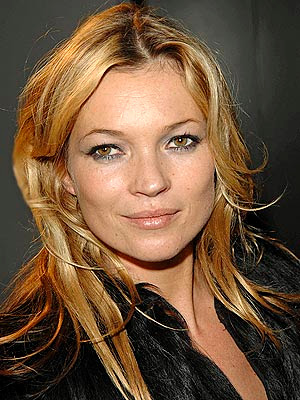 Why Kate Moss? Artist Marc Quinn who crafted the piece, releasing it into the wild in 2008, chose the Brit supermodel/ tabloid star because he believes she is a contemporary Sphinx: “She is a mirror of ourselves, a knotted Venus of our age,” says Quinn, who followed that with a click of his heels and twinkle of his eye before kissing his golden chisel. Why yoga? We’re not entirely sure. Do you want to ask him? Though Quinn, who is known for his “discussion generating” artwork and using his own blood on a piece entitled Self, is, we can only imagine, employing yoga as another metaphor for the mystery of life.

Unfortunately, we don’t know the stunt yogi who stepped in to pose for the actual yoga (only Moss’ body, hands and feet are exact measurements from lifecastings) so perhaps we’ll be left to ponder something more important, like where we would put a 22lb life size golden crotchy Kate Moss, or how the Asian collector is going to fit it in our Christmas stocking (so we can pawn it for food in the Apocalypse, or for a ride on Virgin Galactic).

Sad you missed your chance at purchasing a life sized golden Kate Moss? No worries, there may be other chances! (scroll down for gallery)

And here’s video if that’s your thing.